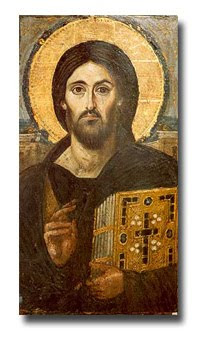 Fr. George W. Rutler, Pastor of the Church of Our Savior in mid-town Manhattan, publishes a weekly column. I receive one each week via email. Today's is particularly good. Fr. Rutler writes:

In addition to the Pope's astronomical observatory at Castel Gondolfo in Italy, the Vatican Observatory Research Group operates the 1.8m Vatican Advanced Technology Telescope at the Mount Graham International Observatory in southeastern Arizona. Among information shared with other research centers are images of pulsars, fast-spinning neutron stars that are created when massive stars collapse. One image recently published by NASA's Chandra X-ray Observatory is of a "new" pulsar, known as PSR B1509-58. It is so far away (17,000 light years, with each light year being nearly 6 trillion miles), that light from it has taken 1,700 years to reach our little planet. That means the event that has just appeared to human eyes happened around the time of the Council of Nicaea (325 AD), whose creed we chant at the Christmas Mass, genuflecting at the "Et Incarnatus est": Christ the Lord of the Universe became incarnate of the Virgin Mary. Tradition describes St. Nicholas of Myra, the real Santa Claus, at that council slapping the heretic Arius for teaching that Christ was only a creature.

"Is not God in the height of heaven? Look also at the distant stars, how high they are." (Job 22:12) The breathtaking size of the universe can actually be a problem for belief. How and why did a divine intelligence that made everything out of nothing, come into this creation as a baby in a stable? "When I consider the heavens, the moon and stars which thou hast ordained, what is man that thou art mindful of him, or the son of man that thou visitest him?" (Psalm 8:4-5) A distinguished astronomer once told Einstein that man is "an insignificant dot in an infinite universe." To which the great man replied: "I have often felt that. But then I realize that the insignificant dot who is man is also the astronomer." Because humans are made in the image of God, gifted with an intellect and will that can reciprocate the love of the Blessed Trinity who made all things, we can "think outside the box" and contemplate the universe.

The virtue of faith enables us not to lose balance when perceiving the immensity of things. God does not measure by size or strength. The whimper of a baby is to Him as mighty as that pulsar's energy with a magnetic field 15 trillion times stronger than the Earth's magnetic field. A lost sheep is as important as an X-ray nebula spanning 150 light years. St. Peter fell to the ground when he saw light emanate from the transfigured Christ: "Depart from me, for I am a sinful man, O Lord." (Luke 5:8) Heaven is eternal, while the created universe in all its beauty is not. Only by worshiping God can we gradually adjust to Saint John's strange images of the jeweled city and the sea of glass, which are more mind-bending than what astronomers see.

None of which does much to take away from Fr. Rutler's point, of course.

Luke 5
1
While the crowd was pressing in on Jesus and listening to the word of God, he was standing by the Lake of Gennesaret.
2
He saw two boats there alongside the lake; the fishermen had disembarked and were washing their nets.
3
Getting into one of the boats, the one belonging to Simon, he asked him to put out a short distance from the shore. Then he sat down and taught the crowds from the boat.
4
After he had finished speaking, he said to Simon, "Put out into deep water and lower your nets for a catch."
5
Simon said in reply, "Master, we have worked hard all night and have caught nothing, but at your command I will lower the nets."
6
When they had done this, they caught a great number of fish and their nets were tearing.
7
They signaled to their partners in the other boat to come to help them. They came and filled both boats so that they were in danger of sinking.
8
When Simon Peter saw this, he fell at the knees of Jesus and said, "Depart from me, Lord, for I am a sinful man."
9
For astonishment at the catch of fish they had made seized him and all those with him,
10
and likewise James and John, the sons of Zebedee, who were partners of Simon. Jesus said to Simon, "Do not be afraid; from now on you will be catching men."
11
When they brought their boats to the shore, they left everything and followed him.