Bryan Cross: "St. Thomas Aquinas on the Unity of the Church" 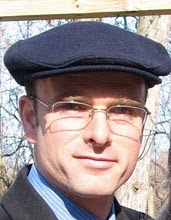 Over at Called to Communion, Bryan Cross offers a nice presentation on St. Thomas and the sin of schism. Here are some excerpts (notes omitted):

Various heretics have founded sects, St. Thomas says, but these sects do not belong to the Church. They may very well have been founded by well-intentioned persons; perhaps none of these founders of sects thought they were heretics, or that they were making a schism. But, says St. Thomas, these sects do not belong to the Church. They were founded by mere men. The Church, by contrast, was founded by the incarnate God-man, Jesus Christ. Only by remaining in the Church Christ founded do we truly participate in the supernatural unity Christ imparted to His Church. The sects show that they are not united, by their many divisions. The Church, by contrast, cannot be divided; unity is one of the four essential marks of the Church, because the Church’s unity is Christ’s unity, and Christ cannot be divided. (1 Cor 1:13) Schismatics and dissenters can separate themselves from her in various ways, but they cannot divide her....
We can learn something about the unity of the Church by studying the sin against that unity. Strictly speaking, says St. Thomas, the sin of schism is one in which the person willfully and intentionally separates himself from the unity of the Church. The person who does so in ignorance or unintentionally, is less culpable (if culpable). But the person who discovers himself to be in schism, even if born into that schism, is culpable if he does not seek to cease to be in schism. To willfully remove oneself from the unity of the Church, or to willfully remain in schism from the Church, is to sin against charity. As heresy is a sin against faith, so schism is a sin against the charity which “unites the whole Church in unity of spirit.”

What does it mean to be in schism? Some Christians think that so long as they love other Christians, they are therefore not in schism. But St. Thomas explains that the unity of the Church consists in two things: the mutual connection of the members of the Church, and the subordination of all the members to the Church’s visible head, who represents Christ. So there are two ways to be a schismatic, according to St. Thomas. One way is to refuse to hold communion with other members of the Church. The other way is to refuse to submit to the Sovereign Pontiff. Both forms of schism are sins against charity, for they both act against the charity by which the whole Church is held together in love.

Here we see the relation between authority and charity, described earlier this week in Jeremy Tate’s essay. Love and authority are not mutually exclusive. Rather, love for Christ is expressed by humbly subordinating ourselves to those with His authorization, especially the successor of the Apostle to whom Christ entrusted the keys of the Kingdom.