Roger Scruton on the decline of laughter 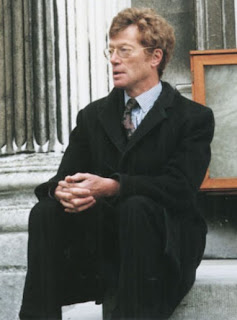 My former blog-brother on the now defunct, Right Reason, Roger Scruton, has penned a marvelous essay on the decline of laughter. Here is an excerpt::

A society that does not laugh is one without an important safety valve, and a society in which people interpret crude humor not as the first step toward friendly relations, but as a mortal offense, is one in which ordinary life has become fraught with danger. Human beings who live in communities of strangers are greatly in need of laughter, if their differences are not to lead to civil war. This was one of the functions of the ethnic joke. When Poles, Irish, Jews, and Italians competed for territory in the New World to which they had escaped, they provisioned themselves with a store of ethnic jokes with which to laugh off their manifest differences.

You can read the whole thing here.

The humor-deficit of which Roger writes is most apparent in the academic world.
Posted by Francis Beckwith at Friday, February 12, 2010

Email ThisBlogThis!Share to TwitterShare to FacebookShare to Pinterest
Labels: humor

Great essay. Thanks for sharing it, Dr. Beckwith.

Not sure if you intended it, but I thought the photo you paired with the post was pretty funny. I found myself thinking: "The humor-deficit of which Roger writes is most apparent in the above photograph of the author." :)

You have previously shared an article by Carl Trueman that you indicated impacted somewhat your trip back to Rome. Here is another article by Trueman that I think is thoughtful and I wanted your thoughts. As an evangelical I am so drawn to Rome...but will not revert (I'm a former Catholic) because of the points raised by Trueman in this article. What say you? Let me say I respect your work and intellect which is why I am bringing this to your attention. Also, thank you for being a charitable witness of the Catholic faith and Christ Himself. The article is at the link below.
http://www.reformation21.org/articles/reflections-on-rome-part-1-connecting-the-mind-and-the-tongue.php

Hi Dennis, I read the article you posted and I found it very enlightening. I think the Catholic Church by venerating relics is simply being biblical in their use. You see in the Old Testament how a dead man was brought to life by touching the bones of Elisha the prophet, and in the new testament how the bleeding woman was cured by touching the robe of Christ. God works His grace through his creation, he has no limitation on how he can do that, and we see this in the life and ministry of Christ: he uses mud and spit at one point to help a blind man, he uses bread to multiply and feed the thousands, he orders lepers to wash themselves before they can be cured. All these things God could have done without using created things, why couldn't he has just simply cured the blindness, or the bleeding, or made thousands of loaves of bread appear without his apostles going through the effort of dividing 5 loaves among the crowds? For some reason, Christ wished to use these created things for a purpose, whether it be Elisha's bones, or mud and spit. I think he's trying to tell us something.