Nothing to Kill or Die For, No Religion Too

That's the title of the essay I just published in the Spring 2010 issue of The City, a publication of Houston Baptist University. Here's how it begins: 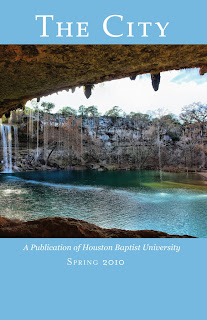 One of the many bad habits of the modern mind is its proclivity to answer moral questions with social science answers. So, for example, it is not unusual to hear a political activist assess a policy’s success or failure at confronting the moral problem of out of wedlock teenage fornication by examining whether there are fewer bastards sired and borne by teenyboppers this year compared to last year (or the year before). If the numbers go up, the activist will likely argue that the schools should start distributing prophylactics as well as abortion gift certificates redeemable at your local Planned Parenthood. But just as you don’t erradicate illiteracy by burning all the books, you don’t solve a moral problem by redefining it as exclusively one of unpleasant consequences. After all, a promiscuous teenage girl, who while copulating with the entire high school football team remains prophlyicatically conscientious, does not cease to have a soul that is being formed by her judgments and experiences simply because her body has not exhibited the ordinary physical consequences of recreational sex.

As far as I know, Trojan, with its well-funded and creative research and development team, has yet to develop a metaphysically reliable condom that can protect the soul.

You can read the whole thing here.
Posted by Francis Beckwith at Monday, May 03, 2010