St. Anthony, Pray For Us 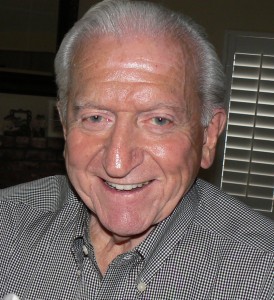 I have not written anything for The Catholic Thing (TCT) since late January. There were two reasons for this: my semester research leave in Rome and the death of my father, the latter of which occurred 8 days after my wife and I arrived in the Eternal City.  My most recent installment over at TCT is about those first days in Rome and our abrupt return to the US upon hearing from my parents about my father's declining health. The title, "St. Anthony, Pray for Us," will make perfect sense once you read the essay.  Published on 21 May 2015, here's how it begins:


We arrived in Rome on the evening of February 10, 2015. I had spoken to my parents moments before we had boarded our plane on the prior afternoon. My 84-year-old father, Harold “Pat” Beckwith, did not sound well. His voice, ordinarily poised and robust, crackled through the phone, as he seemed to struggle with every word he uttered.


My mother, ever the optimist, assured me that I should not worry. She said that she was confident that he would be okay. In my heart, I did not believer her, but I wanted to. She went on to insist that she had everything under control and that Frankie (my wife) and I should enjoy ourselves in Rome, where we were to live for three months while I was on research leave from Baylor University.


The flight from Texas to London and then to the Eternal City was the most difficult journey of my life. The thought that something was terribly wrong with my father, and that I was traveling in the opposite direction and away from that trouble, was nearly unbearable.

You can read the whole thing here.
Posted by Francis Beckwith at Wednesday, May 20, 2015 No comments: Links to this post